SAB Launch Services S.r.l. (SAB-LS) is a company part of the SAB group offering launch services for Nano and Micro-satellites on European Rideshare and Piggy Back missions. SAB-LS offers “end to end” services including launch procurement, support to the customer during development and qualification phase, integration activities of the satellite on the launch vehicle structure, pre and post launch support and full insurance at very competitive prices. SAB-LS focuses its activities on the VEGA and VEGA-C missions belonging to the Small Spacecraft Mission Service (SSMS) family. In the frame of the SSMS project a modular dispenser has been developed to enable the provision of a dedicated service to small satellites. Such modular structure can be flexibly configured in order to be adapted to the specific satellite aggregate.

The company operates from its headquarters of Benevento (Italy), while payload integration activities in Europe are carried out in the SAB Aerospace facility in Brno (The Czech Republic). Final Integration and Pre-Flight Operations are performed in the European Space Port in French Guiana. 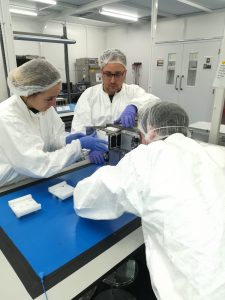 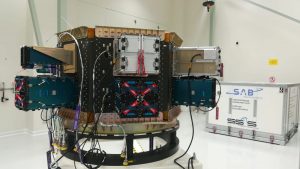 Brokering of launch services including pre and post-launch activities;

Packaging and shipment to launch site;