CESI is a world-leading technical consulting and engineering company in the field of technology and innovation for the energy sector. Through its Division KEMA Labs, CESI is the world leader for the independent Testing, Inspection and Certification activities in the electricity industry. With a legacy of more than 60 years of experience, CESI operates in 70 countries around the world and supports its global clients in meeting the energy transition challenges. CESI also provides civil and environmental engineering services.

CESI has been involved since more than 30 years in the research and production of high efficiency space solar cells based on III-V semiconductors for civil applications and is one of the main international suppliers of space solar cells. CESI has strongly invested for decades in developing its own proprietary technology going through all the roadmap steps from single junction to multi-junctions, while being involved in the main space research and development programs at EU and international level.

CESI has cooperated in many significant projects for interplanetary missions (Mercury, Mars and Jupiter). The heritage of CESI includes more than 200,000  solar cells produced, powering more than 80 civil satellites for clients from over 25 different countries worldwide.

Solar cells are manufactured at our facility in Milan and can be provided either bare or SCA (aka CIC) to serve the civil application markets with the best cost versus quality mix. CESI is particularly proud of its distinctive positioning based on our attention and capability to shape and fine tune our solar cells for the specific needs and applications of our customers.

Our standard triple junction space cells are state of the art 30% typical efficiency, qualified for LEO and GEO missions according to ECSS-E-ST20-08C. In our continuous improvement efforts, we are already investing with effective results into 4-junction cells towards space efficiencies beyond 35%. 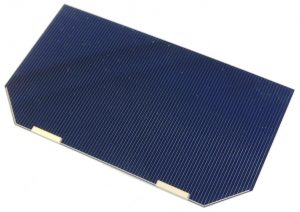 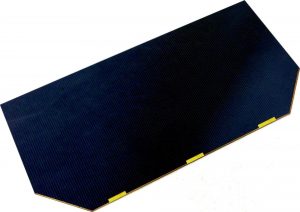 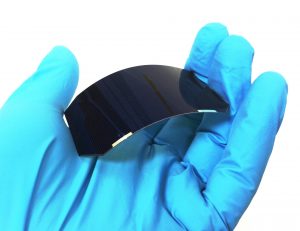 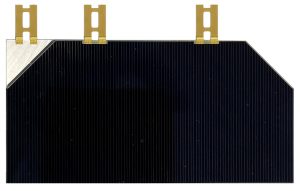 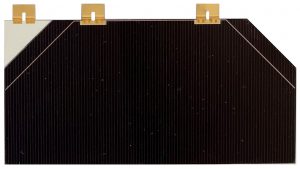 CESI, among its energy businesses, has also over 30 years’ experience in the research, development and production of high efficiency multi junction solar cells for civil space applications based on our own proprietary technology and our own manufacturing facility in Milan, Italy, being one of the four global suppliers of such class of space cells with a flight heritage of more than 80 satellites for clients from over 25 different countries worldwide .

Our triple junction cells, based on GaAs compound semiconductors, are characterized by high power conversion efficiency, radiation hardness and reliability in the harsh space environment.

Solar cells are manufactured at our own facilities in Italy and we can provide them at either bare or Solar Cell Assembly (SCA) also known as Coverglass Integrated Cells (CIC) level. CESI focuses on the manufacturing of cells only - which we then supply to the specialized integrators of space solar modules and/or whole satellites. We believe that our exclusive focus on the cell, which is a very peculiar high-technology component, provides more flexible collaboration opportunities with PVA/SA/Satellite integrators.

CESI is particularly proud of our distinctive positioning based on the capability to shape and fine-tune our solar cells with respect to the technology and to the cost vs performance mix to the precise application needs of a customer’s specific space mission.

The current product portfolio of triple junction (InGaP/GaAs/Ge) for civil space applications is listed below:

The CESI Standard space Triple Junction solar cell named CTJ30 is qualified for LEO and GEO missions and have to date powered more than 60 satellites.

The Low Cost solar cell named CTJ-LC is qualified for LEO and GEO and supports the achievement of costs/prices 30% lower than current commercial market levels, being especially suitable for the new mini/micro/cube satellite constellation emerging market where the costs are key. More than 24 satellites are powered with CTJ-LC-SCA gaining flight heritage since 2017 in LEO mission without any problem reported so far.

The new CTJ-LC2 version (efficiency 27% @ AM0), with price towards 50% lower than current commercial market levels, is already available.

The Thin triple junction solar cell named CTJ30-Thin (bendable) maintains the high quality features and the electrical performances of CTJ30, while reducing of about one half the whole cell thickness. These cells are aimed at the New Generation Array (NGA) designs requiring flexibility features.

The new CESI Product CTJ30-LA and CTJ-LC-LA are interesting for the space market in different applications:

and in general for all those missions in which the solar arrays are requested to be increasingly lighter and cheaper and more efficient, while maintaining their high reliability.

The CTJ30-LA and the CTJ-LC-LA are currently under qualification at bare and SCA level.

CESI has cooperated in many significant projects for interplanetary missions (Mercury, Mars and Jupiter)