It is one of the three top space companies in Europe with 3.000 employees worldwide and total revenues for EUR 901 Mio. in 2020.

OHB Italia S.p.A. was founded in 1981, nowadays in Italy it is one of the two major satellite system integrators with more than EUR 150 Mio backlog and EUR 104 Mio revenues in 2020.

It is a recognised national leader in the fields of Satellite&Missions, Earth Observation, Space Situational Awareness, Electronics&Mechanisms, Scientific&Planetary Instruments, with Headquarters and Clean Room facilities (730 sqm) in Milan and offices in Rome and Benevento. OHB Italia S.p.A. provides innovative solutions combined with development/integration of complex equipment and a strong focus on customer satisfaction. The company employs 210 people between staff and collaborators, with a high percentage of graduates (78,5%) whose degrees are mainly in Aerospace Engineering, Math, Physics, Electronic Engineering and IT.

OHB Italia S.p.A. is Prime Contractor for important missions of the Italian Space Agency (ASI) and the European Space Agency (ESA), which are the main customers together with Research Institutes, Universities and all the industrial key players in the space market, with special attention to the export domain. 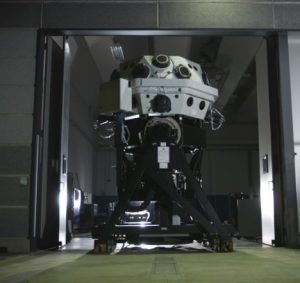 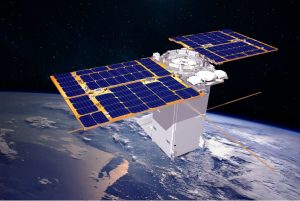 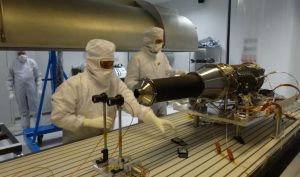 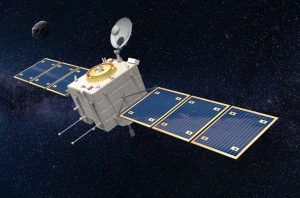 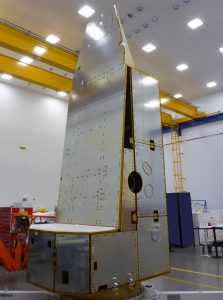 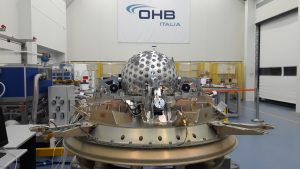 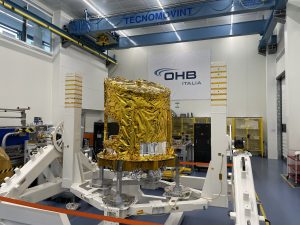 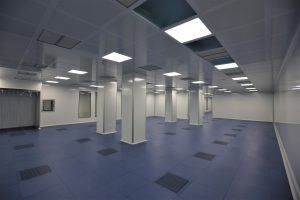 PRISMA (PRecursore IperSpettrale della Missione Applicativa) - It is the first European Satellite with hyperspectral instrument and panchromatic camera on board. It was realised for the Italian Space Agency (ASI) through a consortium led by OHB Italia S.p.A. as Prime Contractor. It is acquiring, downloading, processing, delivering fundamental images for monitoring our Planet.

NAOS - Earth Observation mission for Luxembourg Government. Very-high-resolution optical satellite system developed by OHB Italia as Prime Contractor under an end-to-end contract including the realisation of the satellite and its ground segment.

COMET INTERCEPTOR - ESA's new fast-class mission, for which OHB Italia is in charge of Phase A-B: the first to visit a pristine comet or other interstellar object that has just begun its journey into the inner solar system.

HERA - Hera is the European contribution to an international double-spacecraft collaboration NASA/ESA for planetary defence. Target: a binary asteroid system, the Didymos pair of near-Earth asteroids. OHB Italia is responsible for System Engineering.

METOP SG - MICROWAVE IMAGER (MWI) - It is a project of ESA and Eumetsat (EPS) and it is the most accurate weather forecasts ever had before. OHB Italia is responsible for the MWI instrument that will be on board of three satellites. MWI is a conical-scanning microwave radiometer that provides measurements of precipitation, observations of clouds, snow, sea ice coverage, water vapour, temperature and surface images.

CIMR - Earth Observation programme co-funded by ESA and EU member states in the frame of the ‘High Priority Copernicus Missions’. OHB Italia is responsible, as subcontractor of Thales Alenia Space Italia, for the development and production of the CIMR instrument in relation to the two satellites. The CIMR instrument is a conical scan multi-frequency microwave radiometer featuring multi-beam architecture, the largest antenna of its kind and it will ensure global daily observations of  a wide range of sea-ice parameters.

FLYEYE - The Flyeye is a telescope with a state-of-the-art optical sensor for Space Situational Awareness (SSA) and Space Surveillance Tracking (SST).

MWI LLDs - OHB Italia realized MWI LLDs that will fly on the MetOp-SG. They are four not standard Launch Locking Devices, the main structural load path for the Instrument Rotating Part (IRP) in locked configuration.

ISRU - It is a Demonstrator Payload aiming to extract oxygen from lunar regolith. Oxygen is an essential resource for human exploration of the Moon and this project has created an enabling technology for successful space exploration.

LARES2 - The massive “sphere” to verify Einstein’s Relativity Theory, was developed by OHB Italia under the ASI flag and it will be the payload of VEGA C launcher qualification flight scheduled within 2021.

LISA PATHFINDER - An ESA Mission to detect one of the most elusive phenomena in astronomy: gravitational waves. LISA Pathfinder was developed by RUAG (Zurich) as subcontractor to OHB Italia in the frame of Inertial Sensor Development. The mission successfully paved the way for the LISA mission by demonstrating the key technologies for a large gravitational wave observatory in space. LISA Pathfinder mission was launched on 3rd December 2015 and ended in July 2017.

EUCLID - Electronic unit for ESA/NASA Mission. Main target: to map the geometry of the Universe and better understand the mysterious dark matter and dark energy.

IXPE - The Imaging X-ray Polarimetry Explorer (IXPE) exploits the polarization state of light from astrophysical sources to provide insight into our understanding of X-ray production in objects such as neutron stars and pulsar wind nebulae, as well as stellar black holes.