Qascom is a high-tech company leader in satellite navigation and cyber-security, operating in the Aerospace & Defence market. Founded in 2004, it has gained a successful track record of services and products developed for the major European organization (including ESA, EC, ASI, EUSPA), targeting all the space, ground and user segments.

Qascom has been a major contributor of the authentication of Galileo, collaborating with the major European industries from the initial idea to the research, development and validation of the authentication schemes that are currently under test in the Galileo Satellites. The company is also actively contributing to the Galileo Second Generation signal and ground technologies.

The company has focused the last years also in the development of innovative products, using a Software Defined Radio approach, that has ben used to leverage the growth in the navigation domain.

Successful collaborations with NASA include the customization of our GPS and Galileo receiver, called QN400, for the use in the International Space Station, rockets and small satellites. Our receiver will be used in a Moon mission that will attempt the first worldwide GPS and Galileo fix from the moon surface.

The company is specialized in the development of security testbeds and Radio Frequency Constellation Simulators capable to simulate GPS, Galileo, GLONASS and SBAS signals, designed with a specific focus to test threats and cybersecurity attacks.

Recently Qascom started to collaborate with several defence industries for the development of Security Operation Center specialized in signal intelligence, and particularly GNSS threats and attacks.

Qascom is one of the key contributing industries in Galileo and security, with almost 20 years of successful missions. With a large product portfolio of services and technologies in Satellite Navigation Technologies, and a constant growth in the recent years, Qascom is a reference in Europe for the research and development of Satellite Navigation Cyber-Security. 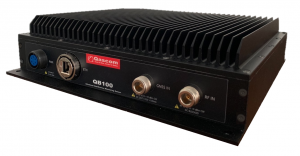 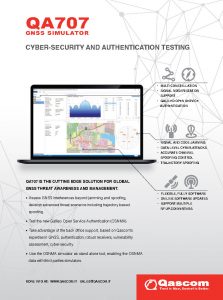 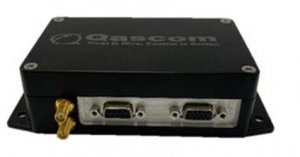