The safest, most economical, and most routine access to space.

Sidereus Space Dynamics is an Italian aerospace start-up founded in 2019 to revolutionize access to space. The company can already count on multiple awards won worldwide and the support of numerous players in the industry. Sidereus has developed and is currently testing EOS, a fully reusable orbital launch vehicle for small satellites and payloads. Experimental orbital flights are scheduled for 2022 and commercial flights will start at the beginning of 2023.

Other Offices in Italy 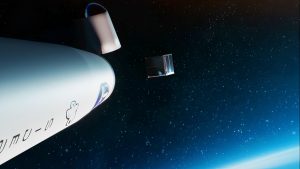 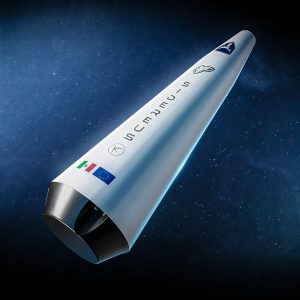 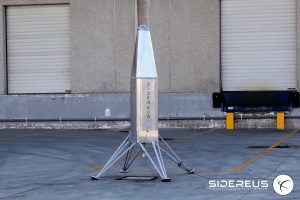 Sidereus has developed and is currently testing EOS: a fully reusable orbital launch vehicle for small satellites and payloads. EOS is an extremely versatile SSTO: it can be launched from anywhere, anytime, with zero or minimal launch infrastructures required. It is capable to deploy small satellites to low-earth orbit and bring payloads back to Earth at the cheapest price on the market.

The EOS, named after the Greek goddess of dawn, is an entirely different vehicle from any launcher ever developed, both in terms of technologies and in the concept of operations. Given its very small size (just 3 meters tall, 1 ton fully fueled), the launcher can be operated by a small crew and is powered by storable, safe, and green fuels.

The vehicle has autonomous guidance, like a drone, thus eliminating the risk of uncertainty in air traffic. In case of unforeseen events, the vehicle carries a commercially tested guided parachute (Parafoil), which can be activated any time during the flight, ensuring a safe return to the ground at the launch site.

With launch operations arranged in a day and the lowest price for smallsats as primary payloads, EOS becomes an orbital drone that can be used to deliver CubeSats, run experiments, tests, and commercial operations in space daily, anytime, anywhere.

EOS has a payload capacity to LEO that ranges from 10Kg to 35Kg depending on the destination orbit and an extremely high launch frequency. EOS can be reused at least ten times with zero or minimal refurbishment needed.

- Launch anytime you want: only one week from notification to launch date;

- Payload re-entry: clients can recover their payload safely, after a period ranging from 12 hours to 1 month into orbit;

- EOS vehicle as a platform: onboard payload integration to eliminate satellite bus costs;

- Iterative R&D: companies can test any component directly in space conditions on board EOS, with quick and customized launch campaigns;

- Drive-it-yourself: EOS vehicles can potentially be operated autonomously by the client.

After months of R&D and lab experiments, the first prototype of the vehicle has been completed at the end of q1 2021. EOS passed successfully several technical reviews. Sidereus has also already deposited three patents related to EOS technologies.

Two other prototypes are planned after EOS Caronte: EOS Virgilio and EOS Beatrice, named in honor of Dante Alighieri's Divine Comedy. On these prototypes, an iterative R&D will be implemented, testing all the subsystems. The first sub-orbital and orbital flights are scheduled for 2022.

Sidereus Team believes that once the first version of EOS is commercialized, the following EOS Crew and Enhanced EOS Cargo vehicles will be the safest, most economical, and most routine access to space and point-to-point transportation.