Space Factory (SF) is an innovative start-up born in 2015 whose corporate purpose is the development and the production of innovative products and / or services with high technological value in the field of aerospace, advanced mechanics, ICT and telecommunications. In 2015, SF signed a twenty-year contract with ALI to exploit the patent technology called IRENE (Italian RE-Entry NacellE).

Mulltinationals like VIASAT, Lockeed Martin, THALES ALENIA SPACE, ASI with which the first commercial contacts have already begun, have shown interest in the use of the technology called IRENE.

SF’s members have high quality profiles able to creating synergies of high strategic value are Dr. Paolo Lepre, CEO, 70% shareholder, graduated in International Economics in 1998 at the Parthenope University of Naples. Qualified as a chartered accountant and auditor, he has the appropriate expertise in the business environment and in the management of research projects. Former President of the Aerospace Commission of the Order of Chartered Accountants of Naples, and member of the commission for public and private partnerships at the National Council of Chartered Accountants.

He has a ten years’ experience in business consultancy for aerospace companies in the Campania Region.Prof. Fabrizio Ferrucci, 30% shareholder , graduated in Nautical Sciences in 1980 at the Parthenope University, has suitable and functional expertise in the scientific field through the realization of design studies and research aimed at favouring technological innovation and to provide innovative solutions to the aerospace market. Professor at the Open University –Dept of Earth Ecology and Environmental Science, Milton Keynes, UK. Professor From 2010 to 2013 he was a first-class professor in Space Geophysics (invited) at the University Paris VII "Denis Diderot" and "Enseignant-Chercheur de 1ère classe" at the Institut de Physique du Globe de Paris , France. In September 2013 he was appointed honorary professor at the Open University in the United Kingdom. 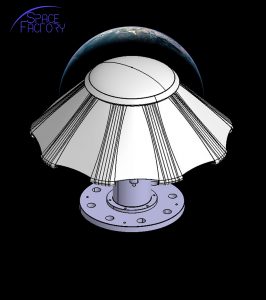 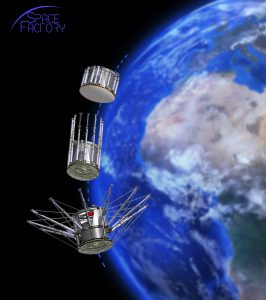 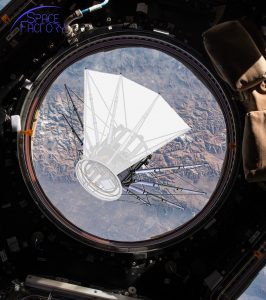 The IRENE patented technology has technological and economic advantages that make it unique compared to other solutions in the space sector, and compared to the inflatable opening systems (“inflatables”).