We turn technologies into supremacy

More than fifty years of experience in logistics to support operations in mission critical areas, expertise in integrating complex systems, consolidated presence all over Europe and in several other countries in the world, the substantial investments in Research & Development, the high skilled staff with young graduates coordinated by experienced professionals, make VITROCISET, a LEONARDO Company, the ideal technology partner for Companies and Public Administrations. The areas of intervention of VITROCISET range from systems for the Defense to those for Air Traffic Control, from Satellite Technologies to Telecommunications, from Transportation to Integrated Logistics. In particular, VITROCISET’s activity in Space business area dates back to 1982 with the awarding of a turnkey contract for the ESA Redu tracking station. The gradual and constant expansion of its offer to the key players of the sector (ESA, ASI, CNES, Arianespace, Space Systems Manufacturers and Satellite Operators) has required the diversification of its products and services, such as the design and development of mission-critical systems. 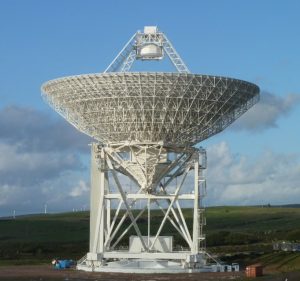 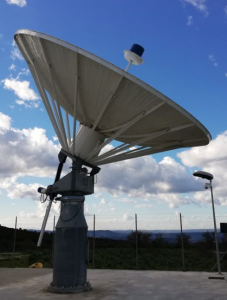 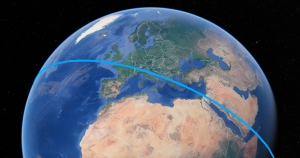 VITROCISET is involved as a key partner of the Italian MoD, from the early stage of the project, providing engineering support to establish Space Situational Awareness capacity. In this context, VITROCISET has developed for the Italian Space Operation Centre, located in Pratica di Mare Air Force Base, the software platform to support SST (Space Surveillance and Tracking) activities, fully integrated with SATCEN and EU-SST database and national sensors. Main capabilities of VITROCISET software platform are the following:

Currently, VITROCISET is in charge for the study and development of the Test Bed realization of the Joint Operation Centre of the ITA MoD for the integration of the Space Domain Information.

Command and control systems are among the core competences of the Company,  that is providing turnkey solutions for several applications, from aerospace to civil and defence markets. Among these programs, there is the Command and Control Bench developed for European Launcher VEGA, for which Vitrociset has been involved since its preliminary design phase (2004) till the maiden flight in 2012 and the following upgrades, with the implementation of VEGA evolution programs and the new powerful version named VEGA-C.

Working at the PISQ (Poligono Interforze Salto di Quirra) VITROCISET actively participated in the realization of the bi-static radar BILARES, consisting of a receiving unit (owned by INAF) located near Bologna and a transmitting unit, entirely developed by Vitrociset and located at PISQ. In addition VITROCISET has been awarded for the maintenance of the sensors belonging to the nation SST infrastructure.

VITROCISET is deeply involved into SST Operations, in accordance with Italian Air Force procedures, the company is in charge for the following tasks:

VITROCISET is supporting the Italian Consortium for the implementation of SST operations based on radar technologies. UHF transmitter has been provided and installed by VITROCISET and it is currently operated with the support of VITROCISET team, working in bi-static configuration with other Italian assets provided by the Italian National Institute for Astrophysics, granting the capability to discover objects with an area less than 10 cm, at a distance up to 2,000 km. The UHF transmitter is also able to operate in coordination with the receiving site SRT (Sardinia Radio Telescope), creating the BIRALET (BIstatic Radar for LEO tracking), sensor used to track LEO orbit objects.

The company has designed and delivered for the Italian National Institute for Astrophysics two systems for the ranging and synchronization of the bi-static radar system. These kits are used to the extraction of the bi-static distance of objects in LEO orbit as part of the SSASST operations.

In parallel VITROCISET is in charge for the realization of a debris tracking radar for the ITA MoD in Vigna di Valle Space Center. The system is composed by an advanced high performance monostatic radar, working in C band, that allows very high level of accuracy.

The Company has also provided the complete command and control system for STAR Materia, a linear accelerator developed for University of Calabria, in South of Italy and is currently developing for the ITER Program the control system for the remote handing in operation maintenance activities.